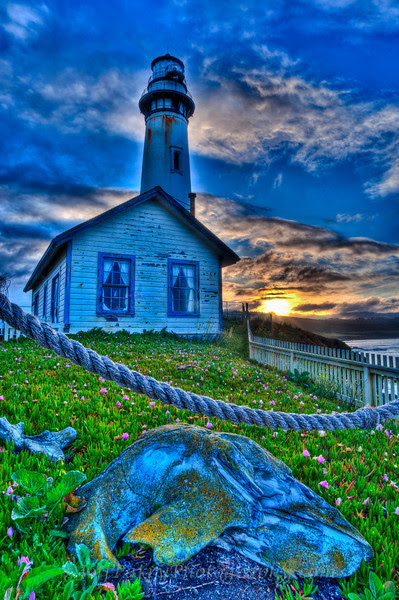 I woke up to a nice sunrise with storm clouds and found a new angle with my Sigma 15mm diagonal fisheye lens on my Nikon D90. 9 exposures bracketed a stop apart in aperture priority in f/19 at 100 iso. Tonemaped in Photomatix Pro 3. Nice little sunburst! For sale at http://bit.ly/g3goFl © Jeffrey Daniel Parry
Posted by Jeff at 10:21 AM No comments: 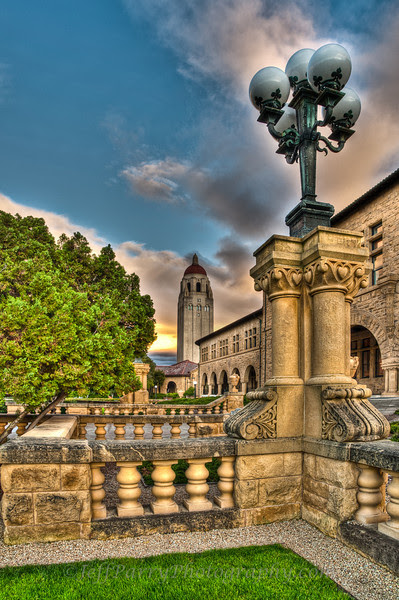 A few shots of Stanford Campus in the late afternoon sunset. I decided to shoot in HDR and to try to get some of the billowing clouds as they swirled around and turned pink. All shot on my Nikon D90 with the Sigma 15mm EXDG FISHEYE lens in Manual. Each image is 6 exposures a stop apart and tonemaped in Photomatix Pro with the Painterly effect for a High Dynamic Range Image. I didn't really think that I would put them up on my website but I got a few positive responses so I figured I should blog about it. http://bit.ly/dV74y6 I really missed the best part of the sunset reflecting on the clouds but what I really missed was two joggers who decided to take a swim in the fountain in the twilight hours. I don't think I could have captured an HDR shot as they would not have been able to stay still for the long exposure shot would I have even asked them, but it was pretty amusing non the less.
Posted by Jeff at 9:51 AM No comments: